Sorry to tell everyone about the passing of Ed Skeleton on November 16th. He worked in the Denver Office for 22 years.

Here is a little about Ed that some probably didn't know about him.

He purchased Park Hill Lanes in 1960.

Ed was founder of the Flounder League which was in existence for 25 years.

He will be missed by everyone that knew him. 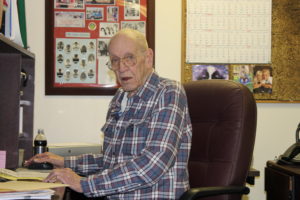